The ten schools, which received kits for grades 10 through to 12, all support students from poorer and more marginalised communities. This follows on from a previous donation in 2018 in which10 kits were donated.

The kits include items such as models of the heart and ear, dust coats, microscopes, as well as first aid training kits and anatomical skeletons.

“We are pleased to be making this donation as part of our socio-economic development spend to address a shortage of learning equipment, especially in the science field.

“The kits will assist educators in performing live experiments to scholars instead of having to just explain from the textbook. The kits will also assist familiarise scholars with science apparatus, so that they are not overwhelmed when they reach the tertiary level,” said Mr Griffiths Memela, chairperson of Wild Coast Sun Mbizana Development Trust.

“As the district, we welcome this noble donation from Wild Coast Sun and its partners. The first phase of donations in 2018 has produced outstanding Grade 12 science results with one of the beneficiary schools escalating to the top five schools in the province. We have no doubt that this corporate investment made by Wild Coast Sun will again reap similar if not better results for the 2020 academic year,” said Alfred Nzo East District Director, Albert Mpupu. 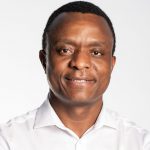 Long Covid: Returning to work with brain fog and fatigue poses a challenge for employersHospitality Marketplace, Industry Focus, Side Bar