At its inception in 2015 – the aim of the S.Pellegrino Young Chef competition was to start an international scouting project seeking out exceptional talent among young chefs around the world. Over the four editions, it’s grown into something much greater in scope. “The competition has evolved into a permanent training and networking workshop, known today as the S.Pellegrino Young Chef Academy, an inspiring community made up of more than 1000 people consisting of young and senior chefs from all over the world,” says Ania Odyniecka, Sales and Marketing Manager for S.Pellegrino & Acqua Panna in South Africa.

FROM CAPE TOWN TO BARCELONA

The winner of the 2015 S.Pellegrino Young Chef Academy Africa & Middle East regional title was Angelo Scirocco, then a 23-year-old chef working at Chefs Warehouse in Cape Town. “Meeting the world’s greatest chefs was one thing, cooking for them was another. When Massimo Bottura says your dish tastes good, at the age I was, it indicates you’re heading in the right direction,” says Angelo. For him, taking part in the grand finale was only the beginning of potential benefits that would come to fruition from entering this competition. “I had a lot of exposure in South Africa and globally after winning. I met many people and in turn, this sparked a lot of interest, which led to being approached by investors.” That support allowed him to open Urbanologi in Johannesburg to great acclaim, followed by Wood & Fire in Pretoria. The confidence and experience he gained with those two businesses led him to follow a bigger dream and relocate to Barcelona in Spain where he now co-owns Brugarol with chef-proprietor Liam Tomlin. Angelo says, “At Brugarol we continue to be as competitive as possible, aiming for the World’s 50 Best lists.”

Over the years it was decided to extend the duration of the competition. “The now 16-month period from regional to grand finale gives the finalists valuable time to work more closely with their mentors, who in turn provide guidance on various aspects from the kitchen environment to ingredients and story component of their competition entry dish, which is judged according to 3 ‘Golden Rules’ – technical skills, creativity and personal belief,” says Ania.

TAKING AFRICA TO THE WORLD STAGE

Chef Vusi Ndlovu was making a name for himself at Luke Dale Roberts’ Marabi Club pop-up in Johannesburg when he won the regional title and then placed among the global top 7 young chefs in the 2018 Grand Finale. “The competition gave me access to rooms I’d never thought I’d sit in and has helped me to make better decisions for my career. Most importantly it showed me that Africa’s story and ingredients are worthy of a world stage,” he says. He has since co-founded the African Culinary Library, a valuable industry resource, and is now chef and co-owner of EDGE restaurant, which aims to celebrate African ingredients in a respectful, minimalistic way. “We’re currently operating as a pop-up till we find our permanent space,” he says. And being part of the S.Pellegrino Young Chef Academy is giving him a chance to expand onto a world stage, “The opportunities to work with other chefs are always exciting – we’re in the beginning stages of planning a pop-up of EDGE restaurant in Paris or London.” 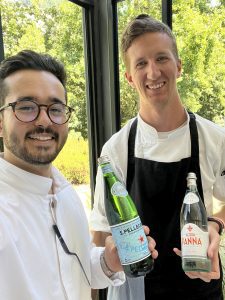 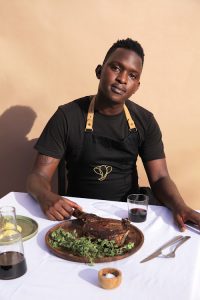 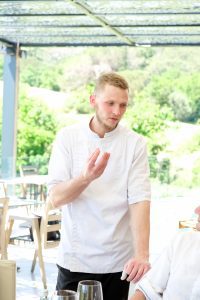 Two of the four Africa & Middle East regional finalists proceeded to win global titles at last year’s S.Pellegrino Young Chef Academy Grand Finale 2019-2021 in their respective categories, and all four chefs have already made strides in their careers. Paul Prinsloo was promoted to Head Chef at Gåte at Quoin Rock Wine Estate, upon returning from Milan; Marcus Gericke is now Head Chef at Le coin Français in Franschhoek and continues to create beautiful dishes based on his food philosophy; Elissa Abou Tassewho won the Acqua Panna Award for Connection in Gastronomy is focussed on reviving Lebanese food heritage with a culinary encyclopaedia and has plans for a new restaurant using ancient traditional products and techniques; and Callan Austin, who won the S.Pellegrino Award for Social Responsibility, is putting the drive for sustainability that gained him the award, into practice at Storyboard Events, curating pop-up restaurants and events alongside his mentor chef Darren Badenhorst. Callan’s competition dish ‘Ghost Net’ was reinvented for their flagship event ‘Dining in a Silent World’, an immersive and educational dining experience with a refined menu designed around social responsibility, recently held at the Two Oceans Aquarium in Cape Town. “By introducing these award categories, we wanted to highlight a few important topics around sustainability, social & environmental responsibility as well as food heritage,” says Ania. “This in turn allows chefs to showcase their style and story behind their culinary journeys.”

“The fifth edition, launched in February this year, will see a higher number of competitors with the interest from new countries says, Ania. “The choice of a signature dish has evolved – chefs can enter with a first or second course, but appetisers and desserts are not allowed in the current scope of the competition.” The new edition is currently open for applications and will run over a 16-month period culminating in the Grand Finale in June 2023. 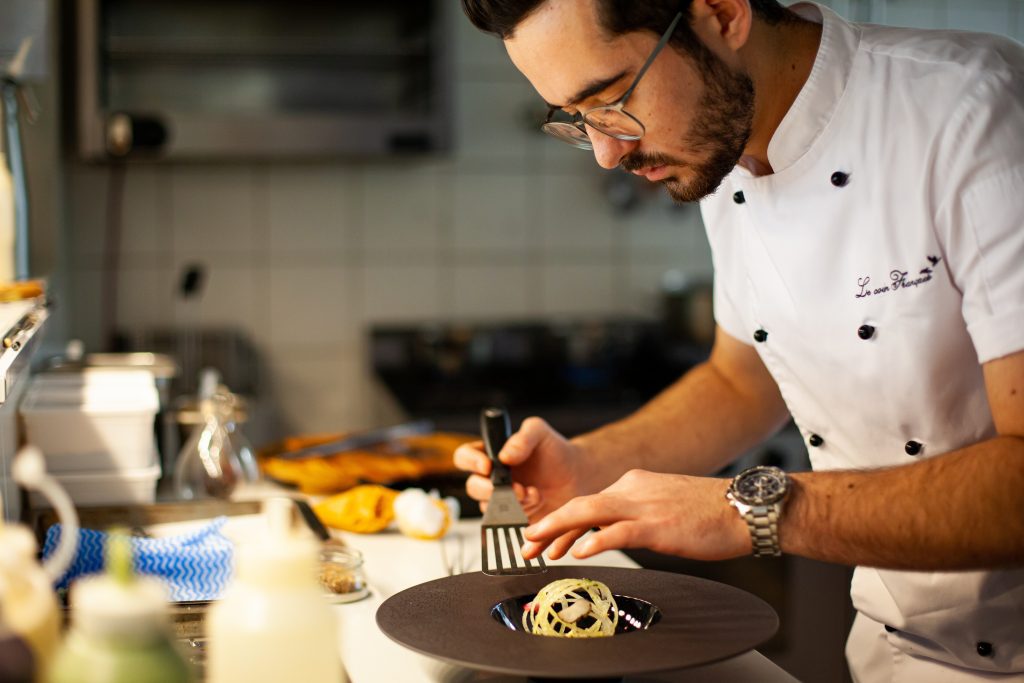 Angelo says, “When you are young, you have nothing to lose, you’re passionate and creative, don’t be afraid, just shine. Work hard at your dishes, test, test, test until your pockets are empty and you have used every extra second of your time. Oh, and never play it safe!”

Vusi says, “Be honest in what you’re presenting and be honest with yourself about what story you want to tell with your plate. Don’t worry about gimmicks for the sake of impressing the judges. Also, have fun, it’s a once in a lifetime competition.”

It’s not only about winning the grand title. “This competition opens the doors to the Academy which is the main tool for partaking in various educational programmes, exploring working environments and opinions in the industry, it also provides opportunities for internships, networking with colleagues and various industry personalities,” says Ania. “The project conveys our brand commitment to providing a platform for promoting talent, creativity, and values, all whilst exploring the evolution of the gastronomy world.”

To discover more about the initiative please visit www.sanpellegrinoyoungchefacademy.com.

ABOUT S.PELLEGRINO AND ACQUA PANNA

S.Pellegrino, Acqua Panna and Sanpellegrino Italian Sparkling Drinks are international trademarks of Sanpellegrino S.p.A., which is based in Milan, Italy. Distributed in over 150 countries through branches and distributors on all five continents, these products represent quality excellence by virtue of their origins and perfectly interpret Italian style worldwide as a synthesis of pleasure, health and well-being. Founded in 1899, Sanpellegrino S.p.A. is the leading company in the beverage sector in Italy with its range of mineral waters and non-alcoholic sparkling fruit drinks. As a major Italian producer of mineral water, it has always been committed to enhancing this primary good for the planet and works responsibly and passionately to ensure that this resource has a secure future.