Nolu Johnson Ngqondi first had the opportunity to travel abroad as a singer but now she’s hoping her global adventure will be as a chef showcasing her culinary skills.

Johnson Ngqondi – who grew up in New Brighton – graduated from Gqeberha’s Capsicum Culinary Studio in 2021 and is currently running her own successful catering company in East London. “I found my passion for cooking in high school. I used to watch chefs in action on The Food Network on DStv and I would literally imitate what they were doing – that’s when I found my calling,” she says.

However, her dream was put on hold due to the cost of culinary studies but worked in various jobs including as a performer. She was offered the chance to go to Greece as a backing vocalist on a six-month contract when the COVID-19 pandemic struck. Her luck was on the up again when she applied for a bursary for a Professional Chef Programme at Capsicum Culinary Studio through the Masinyusane Development Organisation and was successful. 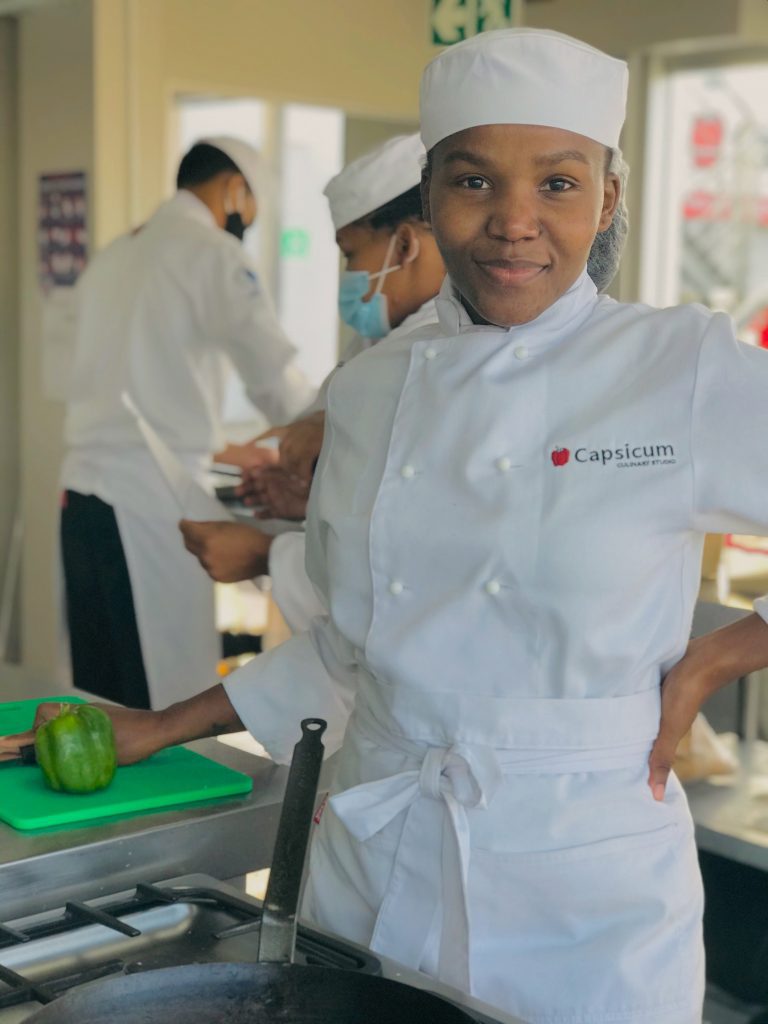 “I grabbed the opportunity with both hands and it was amazing. I learnt so much more than I thought possible.” She chose to do her practical internship at Buffalo City’s Grazia Fine Food & Wine because she wanted to train in a more fine dining focused establishment. This year she became her own boss with the launch of Liyachuma (It is Blossoming).

“I cater for both small and large events. I cook daily meals for people and deliver them; I cater for functions and also offer a private chef experience. I am thrilled with how well it has done in such a short time.” Nolu Johnson Ngqondi believes that chefs in this country don’t celebrate being African as much as they should.

“I’ve noticed that in most of our fine dining restaurants, they focus more on French and Italian cuisine. It’s rare that you find a fine dining restaurant that concentrates on South African dishes. I am not talking about a restaurant specialising in African cuisine but rather an establishment that may use an ingredient such as a lamb shank that is prepared in a way to give it a uniquely South African flavour.”

She lists her food heroes as South African celebrity chef Siba Mtongana and a Capsicum lecturer. “Chef Donovan Miller taught me everything I know and things I didn’t even realise I had to know; it was not only about cooking but even about how to carry myself as a chef and to take pride in everything I do. He was an invaluable mentor to me.”

“Being a chef is a career that offers a vast array of opportunities including those on the world stage. When I was at school we were never taught about what a job as a chef could offer. “I was sad when my working trip to Greece was cancelled but it turned out to be a blessing in disguise. In the future, I can apply for a job not only as a singer but as a chef. Perhaps as a singing chef!” she says.

Nolu Johnson Ngqondi shares her recipe for Creamy Chicken and Mushroom Linguine, her go-to easy dinner after a busy day. 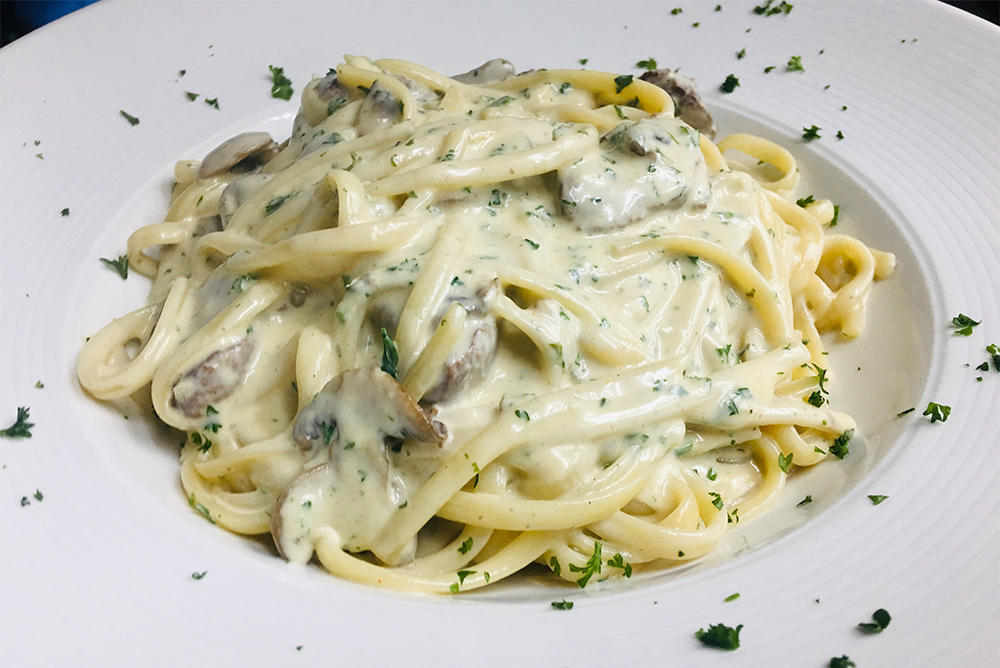 Add lukewarm water in a pot. Bring to a boil and add oil and salt. Add pasta to the boiling water. Cook for 8-10 minutes till al dente. Drain the water. Rinse with cold water once cooked and put aside.

Cut chicken into strips, season with salt, pepper and Cajun spice. In a sauté pan add the oil and butter, sauté the chicken till golden brown, take out and set aside. In the same pan add the onion and mushrooms and sauté till cooked. Add the chicken again and 125ml cream. Stir and add to the pasta.

In a saucepan, add the butter and let it melt. Add equal amount of flour, whisk together till a roux is formed. Let it cook a few minutes before adding your milk and gradually whisking till it’s a thick creamy sauce. Whisk to your preferred consistency, adding milk if it’s too thick. Add nutmeg, salt and pepper. When cooked, add to the creamy chicken pasta. Garnish with fresh chopped parsley. Enjoy.