Premier Hotel The Winkler, based in White River, Mpumalanga, marked the occasion of its 50th birthday with a black tie formal dinner. The occasion was made that much more special with a number of special guests, including the hotel’s original owner Erwin Winkler, as well as subsequent owners, former GMs, long-time staff members and local dignitaries.

The Hotel’s General Manager, Simon Sutherland, believes that the property’s success and longevity are due to its guest-centric staff, commitment to constant improvement, quality service and hands-on management. He says: “Reaching such a milestone and being part of this iconic hotel, which has become a landmark in the Lowveld, is a great achievement for us all.”

Premier Hotel The Winkler will be celebrating the milestone with a number of themed events, commemorating the 50th anniversary of the moon landing and the 50th anniversary of the first Woodstock festival. The property will also soon undergo a refurbishment, and in the future there’s a possibility for the addition of extra rooms. “We will also continue investing in technology and focussing on recruiting and developing our talent. Additionally, we will remain entrenched within the local community via our pet projects which have involved the likes of Child Welfare, Penreach World Play Day, the SPCA, Rotary, Hospice, MOTHS and many more,” concludes the GM. 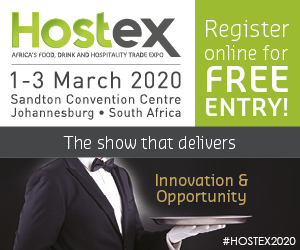 Pros and Cons to the Alternatives to Single-use Plastic PackagingSide Bar, Sustainability