The Twelve Apostles Hotel and Spa has announced the promotion of General Manager, Michael Nel, to Managing Director of Red Carnation Hotels Southern Africa.  Michael, who will retain his current position, expands his portfolio of responsibility to include the overall management of the Group’s two other South African hotels, The Oyster Box and Bushmans Kloof Wilderness Reserve & Wellness Retreat in the Cederberg.  The position also includes overseeing the newest addition to the portfolio, Xigera Safari Lodge in Botswana, due to open in June 2020. 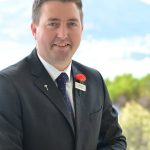 Nel joined Red Carnation Hotels in 2002 in the Management Development Programme at The Rubens at The Palace Hotel in London, before moving on to The Chesterfield Mayfair as Reservations Manager.

In 2006, he returned to South Africa to take up the position of Hotel Duty Manager at The Twelve Apostles Hotel and Spa and continued climbing the ranks as Reservations and Revenue Manager, then as Deputy General Manager. He became General Manager in 2014.

“Michael is highly respected by his staff, his peers and his guests, says Managing director of Red Carnation Hotels, Jonathan Raggett.  “He is the consummate professional and is highly deserving of this promotion.” 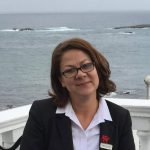 Also ‘trading places’ at The Twelve Apostles Hotel is Helani Guidone, who has been promoted from Operations Manager to Hotel Manager. With 10 years working internationally on luxury ships and a further 10 years of hotel experience, Helani’s new role includes overseeing the overall day to day running of the Hotel at an operational level with the guidance of Michael Nel and the Management team. 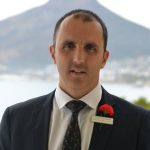 New appointees to the property’s senior staff ranks include Food and Beverage Manager, Joshua Crowe, who has been in the food industry for 13 years and earned his F&B stripes at The Courtyard Hotel and and Beluga, Caveau and The Greenhouse Restaurants and Operations Manager, Juan Wolmarans. Juan has extensive five-star luxury hotel experience, having worked at some of Cape Town’s most exclusive properties including The Belmond Mount Nelson, 15 On Orange and Ellerman House.

Winchester Mansions Renovation to commence on 1st AprilNews, Side Bar