However, the chef initially pursued a career in photography, graduating from photography school in 2013. “I was always curious what chefs do and what their lives are like,” he says, “so I decided to find out by getting involved.” He then enrolled in Capsicum Culinary School and graduated a year later.

While at Capsicum, his placement was under Chef Dane Newton at Warwick Wine Estate which he says was a huge learning experience of how to prep high numbers and work fast. After Warwick, he moved to the President Hotel which he recalls “was challenging as I had to navigate an entire dinner grill section on my own, with very little prior experience. That was where I really learned to run and just go.”

A 12-month stint at La Colombe followed, and marked Abrahams’ introduction to the world of fine dining. “Realising how behind I was in the fine dining experience; I was forced to push myself to survive which I relished doing. It definitely stands out as a highlight in my journey.”

At the start of 2016, Abrahams moved to Dubai to open Chef Virgilio Martinez’s Peruvian restaurant Lima Dubai, an opportunity which he relished as it not only gave him the chance to work in a new country, but also presented him with an entirely new culinary experience.

“Learning about Peruvian culture and food gave me a great appreciation for fresh, vibrant flavours, and is something that has influenced the way I eat and cook today,” he says.

In 2018 he moved back to South Africa and started working at Chefs Warehouse Beau Constantia under Head Chef Ivor Jones. “I grew a huge amount at Beau and really come into my own by understanding senior roles in the kitchen. Chef Ivor pushed me incredibly hard, which I am so grateful for as it forced me to be better and accept better.”

In August last year, Chef Liam Tomlin offered Abrahams – along with Durban chef Teenola Govender – the opportunity to open Mazza at LOCAL. Says Abrahams: “We were given the task of opening a modern Middle Eastern restaurant that would pay homage and respect to an ancient and proud culture as well as being affordable to everyone as we were still suffering under COVID-19 restrictions.”

Due to open in Beirut in 2020, events of that year meant launching the eatery upstairs in LOCAL at Heritage Square instead. “We opened our doors on 18 December 2020 and it’s been a great success so far. We offer a range of dishes with an aromatic melange of authentic flavours, that can be ordered to share or individually from our menu,” he says.

Where does Abrahams see himself in five years’ time?  “Hopefully Mazza grows in strength and we’re able to expand but, to be honest, this opportunity has come to me earlier than expected in my life so right now I am just focusing on Mazza and growing it to the best it can be.” 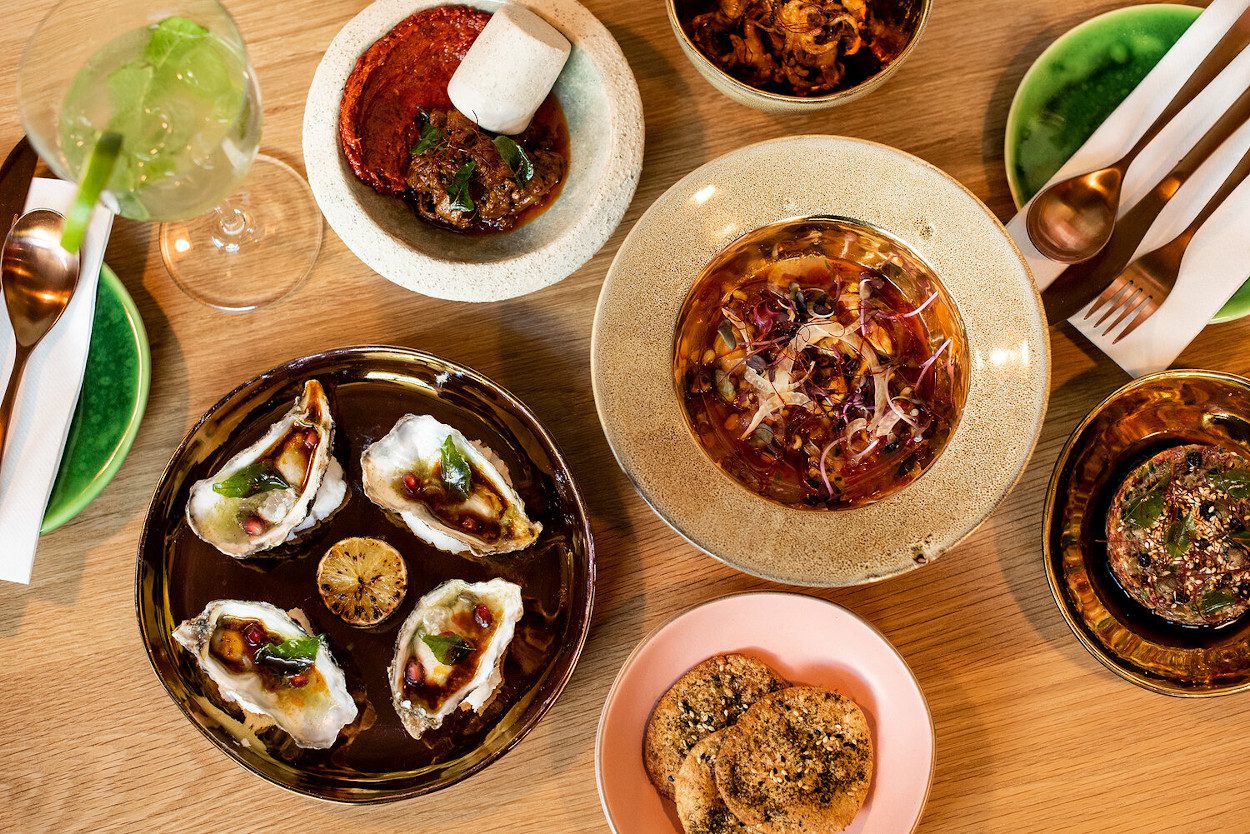 Op-Ed: A letter of thanks to South Africa from the hotel industryHospitality Marketplace, Industry Focus, Side Bar