Chefs around the world have been turning to social media with a plethora of recipe videos – for the public, it’s been a fascinating look behind the scenes and the chance to get advice direct from professionals. And for the chefs? It’s been a chance to stay involved, stay cooking and stay connected.  We take a look at three of our favourites, and also share some tips on how to do it yourself.

“Every chef and his brother have been doing recipe videos, but I noticed that the vast majority of them were quite cheffy,” says Chef Pete Goffe-Wood, who films Recipes for Disaster. “I figured that people who are now doing a lot more home cooking might want some help with food that was a little closer to home.”

“I’ve had messages from people who said they loved risotto but only ever eaten it in a restaurant because it always seemed so complicated. I now have comments on a daily basis from people telling their pasta or risotto combos, and I find that very gratifying.”

By engaging with his audience to find out what they have in their cupboard, and what sort of recipes they’d like to see, Pete’s kept his recipe offering quite down to earth. “I think sometimes as chef we forget that some of the dishes we think are simple or mundane and quite interesting to the average Joe,” he says. “Take for example the video I did on how to make your own fresh pasta (rolled out by hand) and a simple tomato and basil sauce – to date it’s had 63k views.”

So what have some of the highlights of the process been? “I think the process is keeping me grounded because I’m looking in my fridge, freezer and pantry to look for ideas that people might find useful,” says Pete. “The best has been the feedback. It’s great when people tell you they’ve tried the recipes or send photos. I’ve had messages from people who said they loved risotto but only ever eaten it in a restaurant because it always seemed so complicated. I now have comments on a daily basis from people telling their pasta or risotto combos, and I find that very gratifying.” 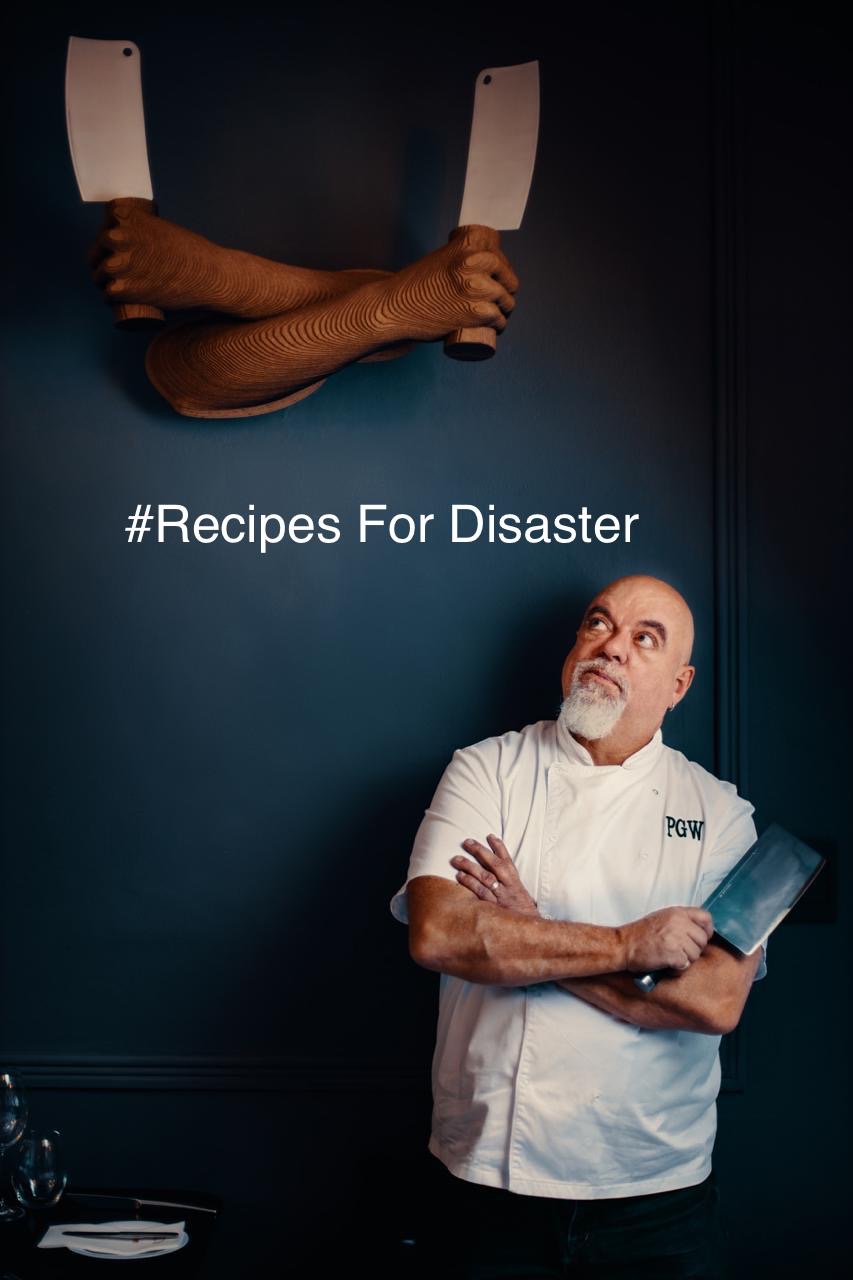 Another initiative that’s filled our Facebook feeds with chefs is Our Social Kitchen, a collaboration between Chef Arnold Tanzer and Caroline McCann from Braeside Butchery. It went live just a few days after lockdown started, with the aim of keeping small producers, chefs and the public connected. Chefs volunteered or were nominated, and then went live on the Our Social Kitchen platform on Facebook to demonstrate a particular dish.

“It was a very organic process,” says Arnold on finding chefs for the demonstrations. “People find you! I think part of the reason the videos have been a success is that they’re chilled and unpolished, very relaxed.” Once the chefs have demonstrated their dish live, the recipe and method is popped onto the Our Social Kitchen website, together with the video and a link through to Braeside Butchery’s online shop. (Instead of just selling meat, Caroline has pivoted into offering a wide-range of food products from her online store, including pantry staples, vegetable boxes and dairy, all sourced from ethical suppliers.)

“This social platform opens new opportunities for chefs and restaurants to engage with their diners. This is the new normal – chefs interacting with diners more through social media than face-to-face.”

Part of the joy of the videos is that because they are filmed live, you get a very natural, slightly rough-around-the-edges experience – these are real homes, real people and very often real children making an appearance. And it’s a breath of fresh air after the polished and glossy chef TV shows we’ve been exposed to for decades.

One of the recurring guests is Chef Coo Pillay, who has a little more time on his hands these days now that Protea Hotel OR Tambo is taking a rest during lockdown. “This is a wonderful platform,” says Coo. “We miss our kitchens very much, but this gives us something out-of-the-norm to do and gets diners to engage with you in a more informal setting.”

An added benefit, he says, is that it “Keeps us sane!” Coo also believes that this is just the beginning of a new normal. “The lockdown has shown that life as we know has changed and we will need to adjust. Due to social distancing, there will be a decrease in the number of diners that come through our doors because our seating capacities will need to be adjusted,” he says. “This social platform opens new opportunities for chefs and restaurants to engage with their diners. This is the new normal – chefs interacting with diners more through social media than face-to-face.”

Arnold agrees. “We’ve entered a new era of business, a new era of food and entertainment,” he says. “And we’ll keep going as long as people want to watch our videos!” Our Social Kitchen has had a great reach with their videos (they’ve made it as far as New Zealand, London and California), and while the live views dropped off as people began returning to work, they found that people would watch them later on in the day.

Chef Coo says that he’s had really positive feedback from viewers. “The audience are loving to have the “direct” access to chefs and interacting with them, and I have had a lot of people reaching out for cooking advice and tips,” he says.

Chef Brad Kavanagh, the executive chef for RCL Foods, has also had fantastic feedback from his videos. He’s created his own platform on Facebook Brad’s Kitchen, where he shares his recipes. “The recipe videos were originally for some of my colleagues at RCL Foods, and the idea was to inspire my team to cook at home and to familiarise them more with our brands and products during lockdown,” he says.

“It makes the effort worthwhile. Friends that I have not spoken to in years are leaving comments, as well as a whole new world of friends.”

“The videos were so well-received, though, that it was decided that we should share the love with other ‘home cooks’ out there. There are quite a few chefs doing video recipes, so my idea was to feature cost-effective, practical pantry ingredients and popular everyday South African recipes that were easy to follow. As the lockdown eases, I will be turning my attention to recipes for the professional chef,” says Brad. 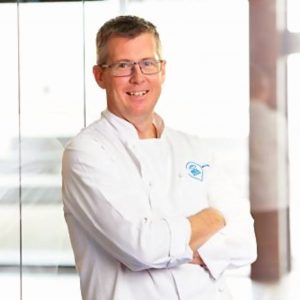 He says that some of the highlights have been people sharing their photos and comments after watching the videos. “It makes the effort worthwhile. Friends that I have not spoken to in years are leaving comments, as well as a whole new world of friends.”

“This has been a huge learning curve,” he says. He posts about 2 to 3 videos a week, and the group has hit nearly 1000 followers, which leads Brad to believe that there is definitely a demand in the social media space for recipe videos. “People have commented that I make it look so easy, which means job done! That is the purpose – to have fun in the kitchen and create delicious meals.”

The intro is crucial: Make sure to create an introduction for your video because it really sets the tone. Brad showcases the ingredients he’ll be using at the beginning of his videos and explains what and how he’ll be using them.

Choose your recipes well: Mix it up between sweet and savoury. “I think of what I would like to eat or make for tea, lunch or dinner. I look in the cupboard or in the fridge and find inspiration. Sometimes reminiscing what you enjoyed at a restaurant or growing up is inspiration in itself,” says Brad. However, always make sure that the recipes you make are ones that people will relate to and will try at home.

Confidence is everything: It’s something you learn as you go, says Brad, but be confident with your presentation, try look at the camera and speak clearly.

Lighting plays a key role: “Don’t laugh,” says Brad. “I use 3 emergency lights we bought during load shedding. I try and reflect light rather than using direct light, which helps reduce the shadows.” Alternatively, you can use natural light if your kitchen is sunny, but just do a tester video first to make sure that the lighting is flattering to you and your food.

Plan Ahead: Putting a plan in place helps you to make the process look easy so that people will attempt your recipes. Think through your recipe and plan how you’re going to explain it. Try and streamline the method where possible to get the video to a reasonable length. Make sure to get all of your ingredients and utensils together before filming. Lastly, make sure your kitchen is tidy but also homely.

Be prepared to go solo: “I started with my son assisting, but he soon lost interest!” says Brad. To make sure that you’re getting a steady shot, he has created a set up in his kitchen. (“If only you could see the set-up…!”) He uses a selfie stick for his phone, and then places a plastic laundry bin on the counter, using one of the holes in the bin to anchor his phone at the correct height. He does a couple of takes, tells his wife and kids that he’s filming, prays that the hadedas have flown over the house for the day and that the dogs won’t bark, and then he presses record.

Editing is the key to the video: “I spend a large amount of time on editing,” says Brad. “I siphon out the irrelevant bits and try to keep only what is essential, keeping in mind that the video has to flow and make sense.” Videos also cannot be too long, as you might lose the audience (Brad’s are about 3 minutes on average) and he suggests writing the recipe instructions on the screen during the video as well as showing the full recipe at the end of the video.

Takeaway: Steenberg@HomeFood and Beverages, Side Bar