Data gathered from 200 countries for The Global Economy website shows that South Africa has one of the highest numbers of unemployed youth; this comes after Statistics South Africa (Stats SA) recently released its Quarter Labour Force Survey (QLFS). The survey revealed that the official unemployment rate among youth (15-34 years) was 46.3% in Quarter 1, 2021. The survey also took discouraged job seekers into account and, when looked at that expanded definition, the youth unemployment rate is a staggering 74.7%.

It is quite clear that South African youth are struggling to find employment with one in four school leavers in South Africa under the age of 24 being unemployed.

Kruger Shalati and the Kruger Station Restaurant precinct both opened in 2020 – during the worst times of the COVID-19 pandemic. While the company has not yet been able to hire as many people as they had originally envisioned due to the drastically reduced number of travelers into the country, management was determined to employ as many as possible. And, with it, as many young people as they could. It is great to see companies specifically target young people for employment. And to see new tourism products doing so is even more heartwarming.

It’s no secret that the tourism industry has been dealt a blow after blow since the start of 2020. Entrusting their business to the young people of South Africa shows the faith that they have in the future leaders of this country.

“We knew going into this that we needed to create employment opportunities for young people in the Mpumalanga area,” says Jerry Mabena, CEO of Motsamayi Tourism.

“Once we started interviews for the jobs offered we had over 5 000 CVs from people in the area. Jobs are rare and people are desperate. I recall when the team went through the CVs – the stories were heartbreaking. We knew that we needed to make an impact and we wanted to improve people’s lives, in this area, in these uncertain times.”

Before we officially started recruiting, the team at Kruger Shalati and Kruger Station Restaurant did some research on youth unemployment in the area. The most recent data – while not being very recent at all – is from the 2011 census. For context, Kruger Shalati and the Kruger Station Restaurant precinct fall within one concession which is located in Skukuza, Kruger National Park. The area outside the Park is surrounded by two main municipal areas within the Mpumalanga province: Mbombela and Bushbuckridge – both of which fall within the Ehlanzeni District.

“In a recent impact report that we carried out for Shalati and Station, we noted that it was expected that, by the end of 2019, the real unemployment figure for the youth (aged 16-35) in the Bushbuckridge area was close to 75%,” says Mabena. “Now, take into account that, since then, the world was hit by the COVID-19 pandemic. We can only anticipate that these statistics look worse now.

“It is against this backdrop that we made the decision to invest in local youth and upskill them in the tourism industry.”

Youth employment within the tourism sector has long been a focus of the government with the Department of Tourism noting youth employment as a key focus in its National Tourism Sector Strategy (NTSS) 2016-2026. There were and remain many opportunities for youth in this sector as properties such as Kruger Shalati and Kruger Station Restuarant continue to roll out. Not only that, but the sector is perhaps the best primed for entrepreneurship given the low barriers to entry.

For Mabena and the team at Kruger Shalati, it meant creating jobs for young people in the area.

“By the time we hired our first employees, most of our staff had never had a job – ever – and they were desperate to learn, develop and further themselves. It’s amazing to see how these employees have adapted since then. They were very ‘green’ in July 2020, but now we’ve seen them coming into their own with their bright personalities shining through.”

Today there are 120 young people employed across Shalati and Station out of a permanent staff complement of 162.

“At Shalati and Station, and within the bigger Motsamayi Tourism Group, we will continue to push for the employment of young people. They are the future of this industry and we need to show them that we believe in their abilities,” concludes Mabena. 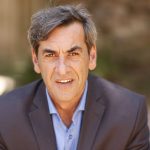