Lockdown’s toll on the hospitality industry has forced, and will continue to force, chefs to rethink how they can use their skills without a restaurant to cook in or an event to cater for.  Chefs Jason Whitehead, Yvonne Short and Amori Burger have all branched out into frozen meals, bringing their culinary flair direct to the public. 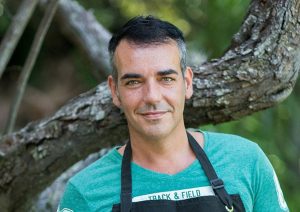 “To be honest, JW Delectables was never supposed to be about frozen convenience meals,” says Chef Jason Whitehead. “It was, and still is, a concept that I came up with a couple of years ago when I was conceptualising my own range of products, mostly curry pastes and sauces, but when lockdown prevented any sort of income for people in hospitality and events, I thought it was time to use an already semi-established brand to offer ready-made, frozen convenience meals as a means of generating some much needed cash flow.”

Jason decided on offering frozen meals because it could give him some flexibility – spending two solid days in the kitchen frees him up for other opportunities, while fresh meals would be too restrictive. “I am a one-man-show, so it didn’t make any sense to only offer fresh meals, as this would then become a full time business.” 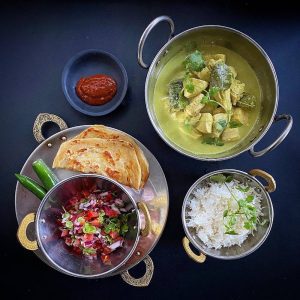 When he looked at the type of meals already out there, he felt that everyone was working on the same type of concept – offering one type of meal on certain days of the week. “I wanted to put together a menu where people could choose what they felt like eating on any particular day – frozen meals give people the option to choose what they wanted to eat and when.”

“Basically, I make food that I like to eat. All the frozen meals that I sell are dishes that I would make for myself at home, only instead of cooking for four, I cook for twenty,” says Jason. He started off with a range of curries on his menu (including Red Thai Chicken Curry and Potato & Cauliflower Curry) with all his curry pastes made from scratch, adding new dishes that fit the theme. When the weather warms up, he’ll adjust his menu to reflect the new season. 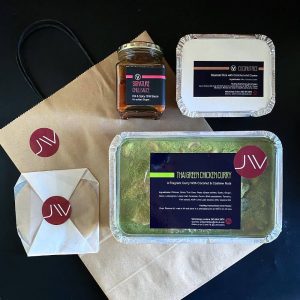 One of the considerations in making frozen meals, he warns, is timing. “When you have to make six different dishes (in bulk), you need to make sure that you have properly cooked, packaged and allowed time to properly chill them before freezing.” Also, make sure you mark the containers before freezing, otherwise you could find yourself, as Jason did, trying to figure out which batch is Madras Curry and which Butter Chicken!

Meals are packaged in microwaveable foil containers, although Jason suggests customers thaw the meals and decant into a saucepan to reheat on the stove, rather than in the microwave. “Some microwaves tend to have “hotspots” which can ruin the meal, but it is absolutely fine to use them if you don’t have the time to thaw and reheat on the stovetop,” he says.

Since launching earlier this month, Jason says that the response has been “Amazing! There are so many options available out there in terms of ready-made meals, so it really makes me smile with gratitude when someone places an order with me.” 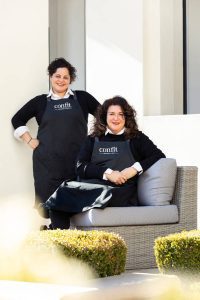 Chefs Yvonne Short and Amori Burger have long been friends, and when the opportunity to launch Confit presented itself, they grabbed it.

“It all started during lockdown,” says Yvonne, formerly of Pick n Pay Good Food Studio. “We did not want to go shopping all the time, but we wanted fabulous meals to have when we felt like it!  We had so many projects for lockdown that sometimes we were exhausted and just wanted something instantly warm from the oven.  This was the ultimate convenience – not having to go to the shops every day and being able to indulge in great restaurant quality food in an instant.”

Amori, Executive Chef of Van Der Linde Restaurant, and Yvonne worked from a production kitchen not in use during lockdown, equipped with tilting pans, refrigeration space, deep freeze capacity and packing space. They spent two months researching and testing their recipes, finding that many elements changed their character once cooked and frozen – as a result they spent time tweaking until they got to an end result that delivered on quality, flavour and texture. 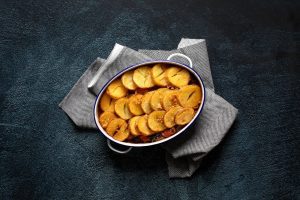 “We redeveloped the homemade gnocchi recipe 11 times!” says Yvonne. “Fresh, it’s fabulous, but frozen it needs to be adapted as the texture of the baked potatoes that we use in making the gnocchi changes with the freezing.  The ultimate restaurant quality gnocchi is light and fluffy, and that is what we had to achieve.” Another issue the two had to tackle were the vegetables used in their vegetable lasagne – because they draw water they had to be prepared differently.

For the production process they employed many chefs that they knew had lost their jobs during the lockdown. “Many other chefs from the industry were extremely helpful with their knowledge and equipment and it was a journey borne from all of us losing our incomes and trying to stand together to create a new horizon and share the love.”

Their menu features meals such as Persian Beef Short Rib, Lamb Ragout Gnocchi and Black Bean, Sweet Potato & Corn Enchiladas, with two enticing puddings on offer – Chocolate Malva Pudding and Date & Pecan Nut Pudding with Bourbon Naartjie Sauce. Successfully blending convenience food with restaurant quality dishes, Yvonne and Amori have worked together in the past and have spent many years testing recipes and dreaming up new ones. “We spend most Sundays together entertaining, eating and enjoying old favourites, creating new ones, experimenting and exploring,” says Yvonne on the inspiration behind their menu. “We buy hundreds of books, love talking to Tannies about their recipes, always buying everything at a farm stall, and sharing with chefs and foodies.  This is where the inspiration comes from – and we are hoping to constantly add to the range.”

Confit Food meals are available from La Marina and will soon be expanding its footprint into the hospitality industry and retail stores.

Work from (better than) HomePeople and Places, Side Bar