As the national trade association for the hospitality industry, FEDHASA has certainly had its plate full over the last year. We take a look at how the association has been working behind the scenes to represent its members interests and lobby government on industry’s behalf.

The Sukuma Fund has partnered with FEDHASA to distribute R100 million to independent restaurants. In order to qualify, restaurants must be FEDHASA members and provide evidence of financial solvency and future viability. The loans of between R250 000 and R1 million are structured over 60 months and will incur no interest or repayment obligations for the first 12 months. Thereafter, interest will be raised at the prime rate with repayments set to commence from month 13. Restaurants who are currently not members of FEDHASA, are welcome to become FEDHASA members in order to apply for this fund.

“Administered by Business Partners Limited, in collaboration with FEDHASA, this financial aid through The Sukuma Fund, is the oxygen many independent restaurant owners need to extend their runway, keep their doors open and retain jobs,” says Rosemary. “We are incredibly grateful to The Sukuma Fund for responding to this great need and for extending favourable terms to our qualifying FEDHASA members.”

In March, FEDHASA gave a presentation to the Parliamentary Portfolio Committee on the pitfalls of a 0% alcohol limit, putting forward that The National Road Traffic Amendments Bill will have a direct negative impact on tourism and hospitality.

Some of the challenges cited by FEDHASA include:

“Very similar legislation (0.05%) to our current legislation exists in many other countries, who do not experience the same high levels of drunken driving as SA does,” says Rosemary. “The reason for this is that their authorities enforce the regulations, unlike South Africa. The rules do not need to be changed – the current rules need to be enforced.”

The Department of Employment and Labour has proposed an Amendment to Section 20 of the Employment Equity Act, with proposed targets for the accommodation and food services sectors. FEDHASA approached Advocate Jan Munnik to do an in-depth analysis of its members, and it was established that it would be impossible for members to set EE Numerical Goals that comply with the proposed targets as required.

Instead, Advocate Munnik has proposed an alternative, where the same targets can be achieved through a workable solution. This includes sector target compliance being measured with reference to the percentage ratio of appointments made vs the opportunities arising during the period of the plan.

FEDHASA is in consultation with the Department of Health regarding the socio-economic impacts of the Draft Tobacco Bill, which looks to prohibit the use of tobacco products in all hospitality businesses including casinos. This will have major negative economic ramifications for the casino industry, as well as restaurants that have invested capital on building glassed smoking areas and hotels that dedicate areas to smoking rooms. Many international travellers, smoke too – this will also be a further disincentive to travel to South Africa. 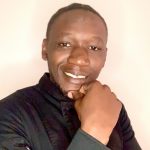 Terrance Tshivhase plans to bring a taste of New Orleans to SAChef Mag General, Side Bar