Chef Khotso Mosia only decided to become a chef later in life at the age of 30, after teaching English as a foreign language to students. “After a while, I realised I was not happy working in this sort of environment. I have always been a creative person, dabbling in painting and photography and I knew that I had to get back to doing what I loved.”

He signed up at Capsicum Culinary Studio in Gqeberha.  “I was not fresh out of high school and I knew exactly why I was there and what I wanted,” he said. Mosia secured his first permanent job two months into his in-service training at a game lodge in the Karoo as a commis chef and after graduation continued to work as a commis chef, working his way up to chef de partie and then on sous chef at Kuzuko Lodge under the guidance of Chef Marius Maart.

“Having spent three years in the Karoo, primarily producing contemporary South African fine-dining fare at Kuzuko Lodge, I moved back home to Gqeberha where I worked in catering. During that year I also completed a National Certificate in Occupationally Directed Education Training and Development Practices (Assessor). My time in the Karoo had sparked a passion for training student chefs entering the industry and sharing the skills I had learnt with staff who did not have any formal qualifications.” 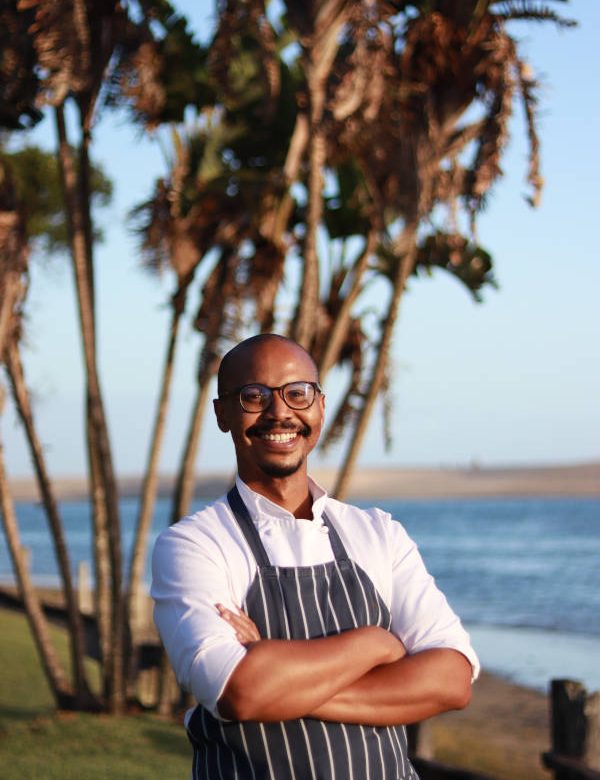 After a year in the catering business, he moved to the Wild Coast where he currently resides and works as the sous chef at Umngazi Hotel and Spa. “Together with kitchen manager Nico Lansdell we create rustic-chic fare primarily focused on the amazing produce grown by our local community and fresh seafood sourced from local community members and suppliers,” he says proudly.

One of Mosia’s favourite seafood dishes is his sublime char-grilled langoustines (you can substitute with prawns) with granadilla & chilli sauce. Here is his recipe:

Langoustines with Granadilla and Chilli Sauce