South Africa is a nation that loves celebrating. Weddings, funerals, birthdays, baby showers: the more, the merrier. Those celebrations are synonymous with food – but, at a time when guest counts are severely restricted due to Covid-19, what does the future hold for the companies that cook that food?

This is a question that Thandi Batyi of NT Hiring and Catering Services was recently forced the answer. Thandi explains that she started her business in 2017, preparing picnics for food lovers. Soon, she was catering for larger events and corporates, until the company had grown to the point where her sister came on board to help manage the increased workload.

Then came 2020; a year that initially looked extremely promising. “We were fully booked until June; something that had never happened before,” Thandi recalls. “Things were really looking up for us.” 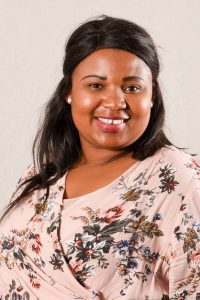 Until March, that is, when the national lockdown meant a drastic change to the calendar: most of the planned events (including weddings, which accounted for 80% of bookings) were postponed, while other events, like baby showers, were cancelled.

Didi Deco Design, an event planning and catering company owned by Modiehi Mokoena, followed a similar trajectory. This was not the first time her business had faced challenges, Modiehi says: when still in its infancy, she had won a tender to cater an event for 500 people. She overcame the obstacles posed by a lack of capital through resourcefulness and tenacity – the same qualities which have helped her overcome the stumbling blocks brought about by the coronavirus pandemic.

Shifting focus, Modiehi started baking cakes – after all, she says, while events may have been put on hold indefinitely, people will always feel the need to satisfy a sweet tooth. And while it may no longer be possible to celebrate a milestone with a big party, there’s always place for cake. This insight proved spot on, and Modiehi is one of few entrepreneurs who found herself even busier than usual during lockdown. “We made 150 cakes!” she says. “I didn’t have time to sleep.”

The ability to pivot proved critical for Thandi, too. “We got creative,” she explains. “We researched how other events companies were handling the crisis by looking up their Facebook pages.” 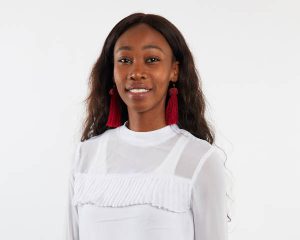 That’s where the inspiration for hosting drive-by events came from, and by August NT Hiring and Catering Services had hosted its first drive-by baby shower. Thandi concedes that this mode of celebrating is still new to most people, and many are battling to get their heads around it.

On the other hand, many are very supportive because they recognize that it’s a great way to acknowledge a big moment without spending a lot of money. In Lockdown Alert Level 2, the company introduced other cost-effective offerings, such as décor and catering packages.

Thandi believes that the catering industry will be forced to shapeshift to accommodate such new offerings. The main driver of these changes is the restriction placed on the number of people who may attend a gathering. In African communities, it’s not uncommon for a bride and groom to invite as many as 200 people to their wedding. Adjusting your model accordingly takes some effort – but it’s unavoidable. Plus, it’s not all bad news. Thandi observes that, since guest numbers have been reduced, hosts are willing to spend money in other areas. For example, people may replace the plastic chairs traditionally used at funerals with more expensive options. This is a trend that is likely to remain in place for some time, she believes.

The same holds true for food: where once a bride and groom may have had the budget to pay for only one course, they can now afford three courses because there are fewer people to feed. “People will always have a need for food. It’s just how it’s presented that will change,” she points out. For instance, buffets – with their germ-breeding potential – have fallen out of favour, to be replaced by plated courses.

The need for social distancing is also having an impact on how hosts organize space. Instead of having 10-people at a table, there will now be a party of five – which means that another table must be hired to accommodate the other guests.

Then there’s observance of Covid-19 protocols, such as taking guests’ temperatures or setting up sanitizing stations. Events companies and caterers must gear up to answer these demands, Thandi says.

Modiehi agrees that innovation is key going forward. She admits that she has continued to seek other income generating  avenues; her latest venture is a collaboration with a photographer to offer photo booth that functions alongside her burgeoning bakery, so that people celebrating with a cake can commemorate the moment with a picture.

There’s a long road to be travelled by the industry, she muses. “I’ve seen many companies forced to shut down because they couldn’t survive the current conditions, and there’s no doubt that there are more tough times ahead.”