The Cape Brewing Company (CBC) understands that social distancing and alcohol restrictions are an important part of our collective effort to curb the spread of Covid-19. But CBC is also aware that the restrictions will severely curb the service industry’s revenues, and the wages of its staff. To help individuals affected by this, CBC has partnered with Checkers to establish the CBC Livelihoods Initiative. For the duration of Level 4 lockdown restrictions, 20% of all CBC’s online sales will be donated to registered hospitality industry staff.

The system is simple: CBC has partnered with Checkers to offer vouchers to 1000 hospitality industry employees. These staff members were registered by establishments which supported CBC on a first-come, first served basis. The vouchers will be redeemable at any Checkers store for groceries, municipal bills, electricity, and data.

To kick-start the CBC Livelihoods Initiative, in addition to 20% of its online sales, CBC has donated R50,000 to the fund – which translates to R50 per voucher.

“”It’s difficult to describe just how difficult the lockdowns have been for us in the service industry,” says Murray Carlyle, co-owner of Carlyle’s on Derry in Cape Town. “This is a really great initiative that will help, not just financially but psychologically too. It’s good to know that there is support out there. Every little bit helps a lot.”

“It is the Cape Brewing Company’s sincere hope that this small effort from our proudly independent brewery will make a few people’s lives easier at a time when they need it the most,” says CBC COO Andy Kung. 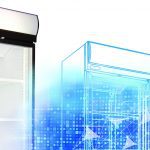