In line with its ethos to farm mindfully with a holistic approach, Brookdale Estate in the Paarl Winelands is celebrating World Vegan Month, with a nod to the 1st of November 1944 when the Vegan Society was first established.

It was in those early days that the phrases ‘vegan’ and ‘veganism’ were coined. Now, more than 70 years later, the benefits of veganism for humans and the natural environment are widely known. Winemakers are moving away from using animal by-products and chefs all over the world are preparing creative vegan menus to meet the increasing demand from health-conscious diners.

The Brookdale and Mason Road range of wines are vegan-friendly and includes the flagship 2019 Brookdale Chenin Blanc, which scored 93 points from both Greg Sherwood MW and Tim Atkin MW, and received a 17.5 out of 20 score from Jancis Robinson MW. At Brookdale GM Yvonne Coetzee and her team are currently preparing for certification in the voluntary environmental sustainability scheme, IPW (Integrated Production of Wine).

This year, World Vegan Day coincided with the beginning of the 26th UN Climate Change Conference of the Parties (COP26), which brought together countries worldwide to discuss how to tackle the climate crisis. According to the Vegan Society, switching to a plant-based diet can reduce one’s food-related carbon footprint by up to 50%.

Brookdale’s Executive Chef Gary Coetzee says he enjoys creating delicious, plant-based menus that meat-eaters too, find appetising and satisfying. Private wine and dine experiences may be booked at Brookdale for groups of up to 12 guests, with brunch, lunch and cocktail menus and wine pairing customised to meet special dietary requirements. 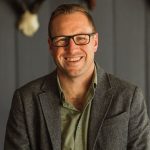 How tech helped keep hotels’ lights on during the pandemicHospitality Marketplace, Side Bar 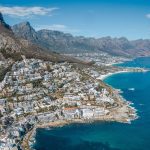 A positive outlook for tourism in SAHospitality Marketplace, Side Bar