President Cyril Ramaphosa’s announcement last night that South Africa would move to Adjusted Alert Level 1 has given the hospitality sector the oxygen it needs to resume financially viable trading.

So says Rosemary Anderson, FEDHASA National Chairperson, who highlighted that the announced changes came at a time when green shoots are being seen with the reopening of South Africa to many of our key international source markets along with the promise of South Africa being lifted from the UK’s red list imminently.

Among the changes affecting operations in the hospitality sector announced last night were:

“With the new curfew times and the number of patrons we can now accommodate, the tourism and hospitality sector gets the green light to resume our operations in a responsible, but financially viable way,” says Anderson.

“Along with the news that the Netherlands joins a long list of countries which have lifted inconvenient requirements for vaccinated travellers to travel to and from South Africa, the announcement gives us hope that the 2021 summer season will be one during which the tourism and hospitality sector can begin to rebuild in earnest.”

“With the United Kingdom being South Africa’s main source market and contributing to 440,000 annual arrivals, the current travel ban has dire consequences for livelihoods in South Africa’s tourism and hospitality sector. As we enter the peak summer holiday season and pent up demand from the UK for the warmth of South Africa heightens, lifting these restrictions swiftly must be our focus. This is especially since scientists have shown the reason UK has kept us on the red list – the fear of Beta variant – is no longer valid,” says Anderson.

FEDHASA cautions, however, that the moving to Adjusted Level 1 Regulations does not mean that it’s back to business as usual. The threat of a fourth wave with pressure on hospitals and resulting restrictions looms if every South African does not play their part in adhering to the non-Pharmaceutical protocols and gets vaccinated.

“We are delighted to hear that Vuma Vaccination weekends are being rolled out to increase the level of vaccinations in the country. Our international travellers cite vaccination levels in the destination as a key criteria for deciding whether to travel to South Africa.

“Further, a return to restrictions over our summer peak season will have devastating consequences for a tourism and hospitality industry that has been unable to get back to business since March 2021. Help us save our summer season and keep our businesses open by playing your part,” concludes Anderson. 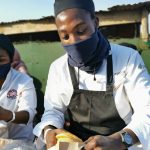